Over the past five years, the Walking Dead comics and television series have become cultural phenomenons. Therefore, similar to what happens to a lot of other popular live or animated TV shows, movies, video games and comics, a toy manufacturing company took it upon itself to create some Walking Dead action figures.

In the Walking Dead's case, McFarlane Toys made it their priority to manufacture action figures and building sets. Why McFarlane? Consider this: McFarlane is a company recognized for creating incredibly detailed and graphic horror, science fiction, and fantasy action figurines. And, founder and current owner, Todd McFarlane, himself, is a long-time and devout fan of the horror genre. So, it is safe to say that this relationship just makes sense.

Well, a quick search and look around the web, and, of course, our website, will tell you that, already, a countless number of Walking Dead fans absolutely love their action figures because they are so well-made and lifelike. We here at Sportsamerica Sports Card cannot even express enough how superb their attention-to-detail is! 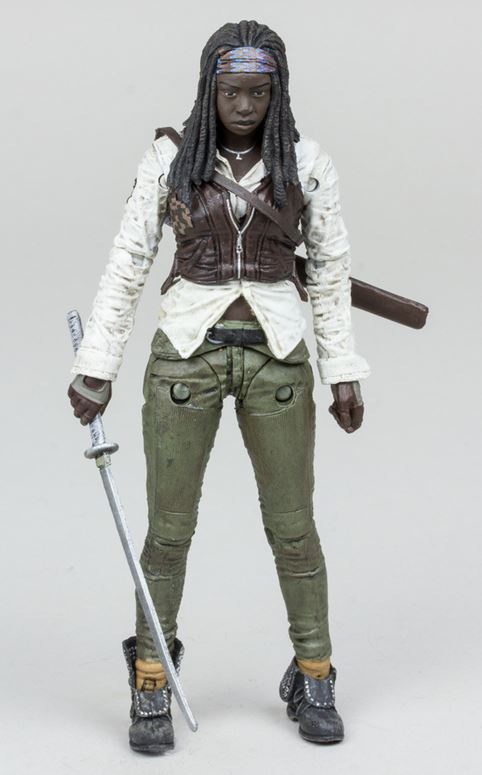 There is no denying that this figurine truly captures Michonne’s (actress Danai Gurira’s) face and physique. Not to mention this figurine also comes with her signature katana and can of crazy cheese. The can of crazy cheese is a throwback to episode 11 of season 4, where she tries to cheer up Carl by whizzing some spray cheese in her mouth, thus showing the “softer” side of her character—and which, we are sure, fans of the Walking Dead TV series will appreciate!

McFarlane’s Walking Dead Figurines Are More Than Just Toys, They Are Collectibles!

If you’re a die-hard Walking Dead fan, chances are that you might (probably) have some, or all, of the comics you have read and collected over the years resting in plastic bags. What’s more, you might even have an unread and unopened copy of several volumes neatly placed on a book shelf. So, who’s to say that you cannot, as a die-hard fan, add to your collection of Walking Dead comics by supplementing it with some figurines? No one! If you are truly the fan that you say you are, you should get your hands on these now! And believe us (as Walking Dead fans ourselves), you will not be disappointed!

Even the zombies will leave you in awe! 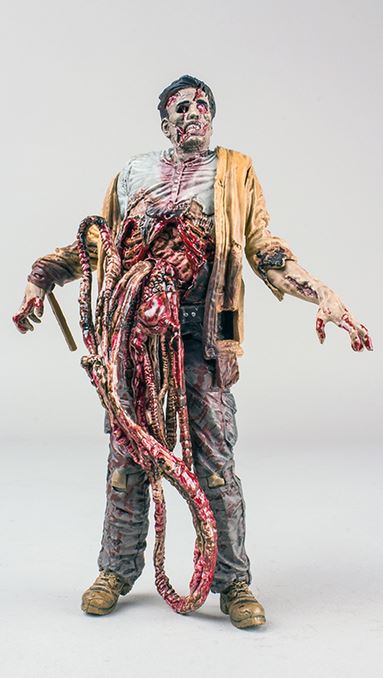